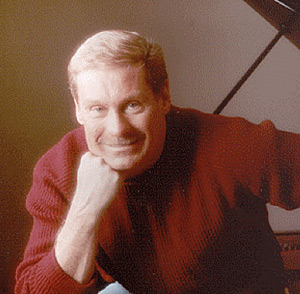 Much involved in the New York City music scene, Dr. Joe performs annually for the Tony Awards gala reception, in the lobby of The Empire State Building during the December holiday season, and a weekly gig. In addition to his numerous appearances in Fairfield County, Connecticut, the artist gives frequent solo concerts throughout the United States, at times participating in radio interviews before these concerts. Dr. Joe often presents improvisation workshops at regional and national conventions of such groups as the American Guild of Organists and the National Federation of Music Clubs.

An internationally recognized composer, Joe has created jazz-influenced works for piano, organ, harpsichord, voice, and instrumental combinations, which have won him ASCAP awards annually since 1991. His more than 225 compositions have been performed in concert venues and in church services worldwide. Recordings of his compositions include Skyscape (Arktos) by the Canadian Duo Majoya; Spirituals and Rags: Jazz Harpsichord (AFKA) by Australian-born harpsichordist Audley Green; utterbackanalia (Jazzmuze, Inc.) by English organist Andrew Shenton; Concert Fantasy on Gershwin’s Porgy & Bess (Connoisseur Society, Inc.) by pianist David Allen Wehr. Individual selections have been recorded on issues by the Organ Historical Society, Pro Organo, Ethereal, and Raven, among others.

A Kansas native, Dr. Joe holds degrees in piano from Wichita State University, and a Doctor of Musical Arts from the University of Kansas.