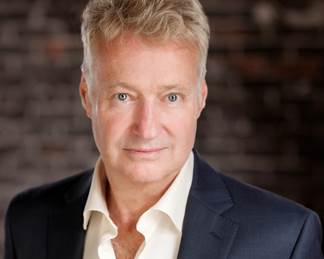 Gary is Music Director for St. Lawrence Church in Huntington, CT. Gary has served as Cantor at St. Lawrence for many years and has now taken on the role of choir director and organists. Gary is also an active stage performer, singer and voice teacher. He is also on the faculty at Neighborhood Music School in New Haven.

As a stage performer, Gary Harger has appeared on Broadway, (“Shenandoah”) National Tours, (“Les Miserables”, “West Side Story”) and has starred in dozens of musicals, plays, and operettas in regional theatres across the country. He has also appeared as a principal tenor with such companies as The San Francisco Opera, The Dallas Opera, Opera Theatre of St. Louis, Florida Grand Opera, The Virginia Opera, and the Wexford Festival in Ireland. NYC Concert appearances: Avery Fisher Hall (Handel’s “Israel in Egypt”) and Carnegie Hall (Schubert’s Mass in G). Voiceover and commercial work includes NBC Saturday Night Live and Olive Garden Restaurants. CT appearances include: “Smokey Joe’s Cafe”, “Amadeus”, and Robert in “Stage Struck” at Ivoryton Playhouse, Eisenstein in “Die Fledermaus” and The Witch in “Hansel and Gretel”, (CT Opera) Col. Pickering in “My Fair Lady” for Summer Theater of New Canaan, and Lord Evelyn in “Anything Goes” and Rev. Moore in “Footloose” for The Seven Angels Theatre in Waterbury, and Egeus/Peter Quince in Valley Shakespeare’s ” A Midsummer Night’s Dream”.