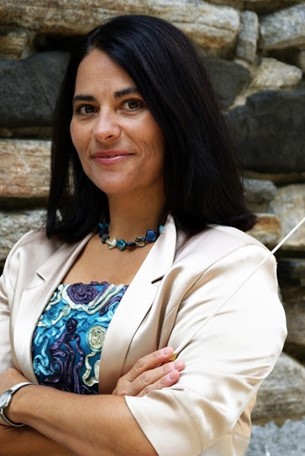 A native of Spain, Dr. Flores is a full time faculty of music at Manchester Community College, CT. She is also the Chorale Artistic Director of the Manchester Chorale. She is the former Director of Music and Choirmaster at St. Theresa R.C. Church in Trumbull, CT, and the past-President of the Connecticut chapter of the American Choral Directors Association (ACDA).

Dr. Flores specializes in Renaissance and early Baroque choral music from Spain and is a frequent lecturer, adjudicator, and clinician. As a choral conductor, she has held the position of assistant director and accompanist for the New Haven (CT) Chorale for four seasons (2004-2008) and served as artistic director of the Pioneer Valley Cappella Choir in Northampton, MA from 2008-2010. She previously directed the University Chorus at the University of Rhode Island and was the choir director at Notre Dame High School in West Haven, CT. She has led choirs on tours of Austria, Italy, and Spain.

As a pianist, she has been a prize-winner in several international and national piano competitions. In New York she performed at Carnegie Hall’s Weill Recital Hall, Cami Hall, Rockefeller Center, and has performed as concerto soloist with the Manhattan Symphony Orchestra under the baton of Maestro Sixten Ehrling.