The Greater Bridgeport American Guild of Organists is pleased to have Concert Organist Renée Anne Louprette join us Saturday, February 12, 10:00 AM for a Master Class on the Klais pipe organ at First Church Congregational Fairfield. This event is open to all area organists.

The next evening, Sunday, February 13, 4:00 PM, we are pleased to have Renee perform an Organ Recital as part of the Music at the Meetinghouse Series at the same location. Free-will offering to benefit Louise Miller – Paul E. Knox Scholarship.

If there are any questions on this program please contact our program host Frank Zilinyi. 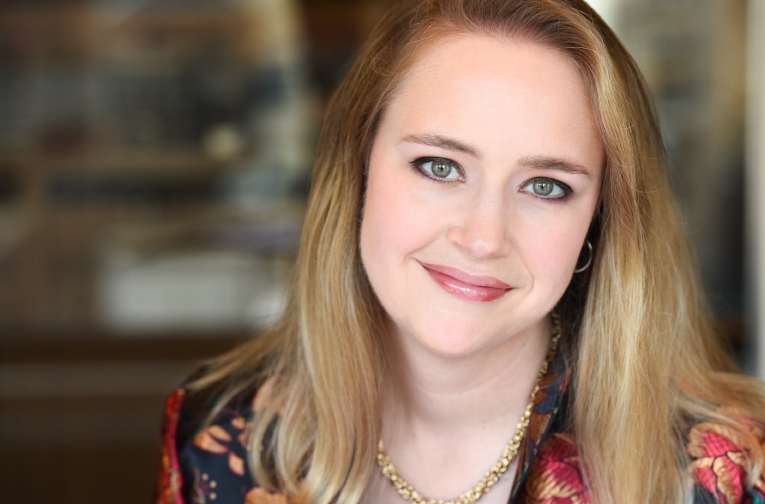 Since 2019, Louprette has been Assistant Professor of Music and College Organist of Bard College, where she directs the Bard Baroque Ensemble. She was subsequently appointed to the faculty of the Bard College Conservatory in 2020. She has been the University Organist and Organ Area Coordinator at Mason Gross School of the Arts, Rutgers University, since 2013 and is a former member of the faculty at the Manhattan School of Music, The Hartt School of the University of Hartford, and the John J. Cali School of Music at Montclair State University.

Louprette was selected as a conducting fellow of the Mostly Modern Festival in 2019, premiering several new works with the New York-based American Modern Ensemble. In 2009 she co-conducted the acclaimed U.S. premiere of John Tavener’s Requiem with Kent Tritle. In her over 20-year career as choral conductor, she has led performances by various professional choirs in the greater New York City area accompanied by members of Orchestra of St. Luke’s, Trinity Baroque Orchestra, The Orchestra Now, and the American Brass Quintet, among other ensembles.

As collaborative keyboardist, Louprette has performed with the Mostly Mozart Festival Orchestra, Voices of Ascension, Clarion Music Society, American Symphony Orchestra, The Dessoff Choirs, New York Choral Society, Oratorio Society of New York, and Piffaro. In New York City she has appeared in Carnegie, Zankel, Avery Fisher, Alice Tully, and Merkin Halls, and Miller Theatre of Columbia University. In 2015 she collaborated with the Los Angeles Dance Project in a performance of Nico Muhly’s Moving Parts at Verizon Hall of the Kimmel Center in Philadelphia. The 2018-2019 season featured Ms. Louprette’s debut with the American Brass Quintet, continuing collaborations with Musica Viva NY and the Victoria Bach Festival, and with traditional Irish musician Ivan Goff, including a recital at Walt Disney Concert Hall in Los Angeles featuring the world premiere of a new work for uilleann pipes and organ by Eve Beglarian, commissioned for the Louprette-Goff duo by the Los Angeles Philharmonic.

Renée Anne Louprette has performed throughout the United Kingdom and Ireland, including at Westminster Abbey and the Temple Church in London, St. Giles Cathedral Edinburgh and Dunblane Cathedral (Scotland), Galway Cathedral and Dún Laoghaire (Ireland). In 2018, she made her solo debuts at the Royal Festival Hall in London and the Cathedral of Notre Dame in Paris.

Additional European festival appearances include Magadino, Switzerland; In Tempore Organi, Italy; Ghent and Hasselt, Belgium; Copenhagen and Aarhus, Denmark; Bordeaux Cathedral and Toulouse Les Orgues, France. She appeared as organ soloist with the Queensland Symphony Orchestra in Brisbane, Australia, in a performance of Saint-Saëns’ Organ Symphony broadcast live on ABC radio. She regularly performs at regional conventions of the American Guild of Organists and has been featured at two national conventions: 2010 in Washington, D.C., when she premiered David Hurd’s Three Psalms with organist David Briggs and The Washington Chorus at the National Shrine, and 2014 in Boston when she premiered Pamela Decker’s Faneuil Hall. Additional world premieres have included Louprette’s own commissions of Prélude Salve Regina by George Baker and Triptych – Mannahatta by David Briggs.

Louprette’s recording of the “Great Eighteen Chorales” of J. S. Bach on the Metzler Organ in the chapel of Trinity College, Cambridge, England, was named a classical music Critics’ Choice 2014 by The New York Times. She recently released a recording of 20th-century French organ repertoire – “Une voix française | A French Voice” – on the Acis Productions label to critical acclaim, and a collaborative recording of original compositions and arrangements of traditional Irish repertoire with Ivan Goff, recorded at the Church of St. Ignatius Loyola in New York City. Her upcoming recordings include Bach’s Clavier-Übung III on the Acis label, recorded on the Craighead-Saunders organ of Christ Church, Rochester, New York.

Renée Anne Louprette holds a Master’s degree in conducting from Bard College Conservatory where she studied conducting with James Bagwell and composition with Joan Tower. She earned a Bachelor of Music degree summa cum laude in piano performance and a Graduate Professional Diploma in organ performance from The Hartt School, University of Hartford. She was awarded a Premier Prix – mention très bien from the Conservatoire National de Région de Toulouse, France and a Diplôme Supérieur in organ performance from the Centre d’Études Supérieures de Musique et de Danse de Toulouse, studying with Michel Bouvard and Jan Willem Jansen and improvisation with Philippe Lefebvre. She completed additional studies in organ with Dame Gillian Weir, James David Christie, and Guy Bovet. 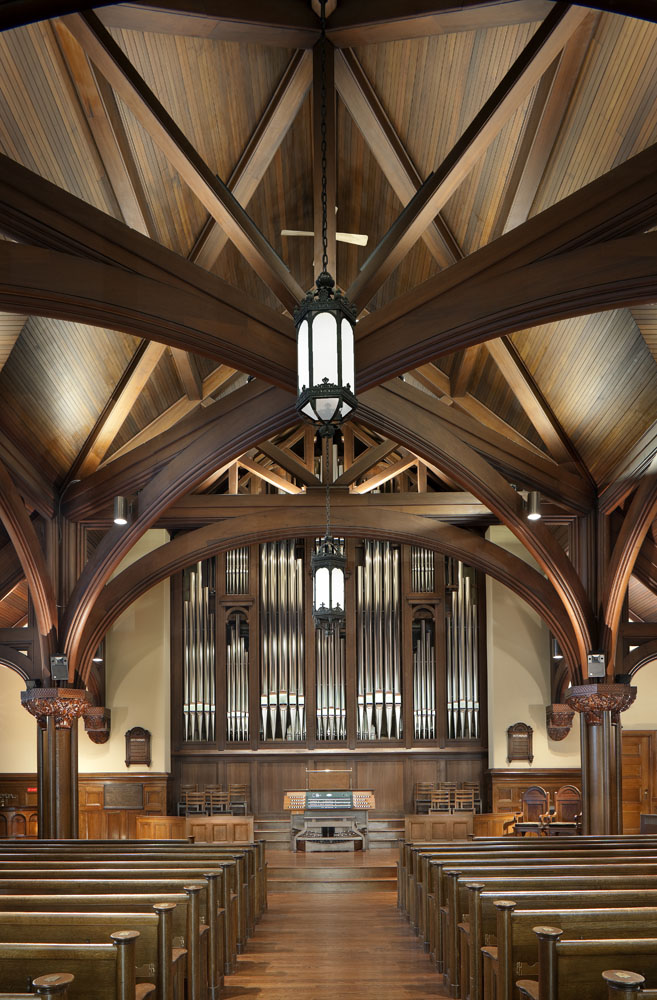 Orgelbau Klais is a German firm that designs, builds and restores pipe organs. It is a family run company, founded in 1882 by Johannes Klais senior and is now run by his greatgrandson Philipp Klais. The firm is based in Bonn, Germany, and has completed many large-scale building and restoration projects around the globe in more than a century of organ building Johannes Klais studied organ building in Alsace, Switzerland and Southern Germany. He founded his own organ building workshop in Bonn in 1882. His way of building organs was closely bound up with traditional construction methods using slider wind chests. But as early as before the turn of the century he built high pressure stops with two mouths on pneumatic cone valve chests. In 1906, together with his son Hans, he introduced electric action. Hans Klais took over in 1925. In his time facade design began to come under the influence of the modern age and ergonomic console designs were also being developed. Hans Gerd Klais, the founder’s grandson, took charge in 1965. Philipp Klais, the great-grandson of the founder, studied organ building in Alsace, France; in Germany and overseas. He now runs the company.