Click here for the notes that were provided by Constance Chase for this very informative workshop.

What Was Covered in the Workshop

What about that vibrato? 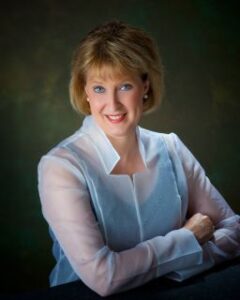 Now in her eleventh season as Director of the West Point Glee Club, Constance Chase has directed the renowned college choir in performances at Carnegie Hall, Lincoln Center, Tanglewood, and the Kennedy Center for the Performing Arts, conducted several national concert tours, and six recordings, including Mansions of the Lord for the closing credits of the Paramount feature film, We Were Soldiers. In 2008-09, she led the Glee Club in a diverse season: a live concert production for PBS with pianist Marina Arsenijevic, a Carnegie Hall performance with the Opera Orchestra of New York, Eve Queler, Director, of the Rimsky Korsakov opera, The Tsar’s Bride, garnering the NY Times’ critical praise for its “robust and well-prepared singing,” a concert tour to southern California, and a live network performance on CBS with country artist Trace Adkins at the Academy of Country Music Awards show in Las Vegas. Ms. Chase is the recently appointed Artistic Director of the Connecticut Chamber Choir, following founding director Richard Erickson’s retirement after thirty years. Under her direction, the CCC began its 32nd season with Vivaldi’s Gloria, and the Mozart, Missa Brevis in D and Ave verum corpus with orchestra.

Ms. Chase is an adjunct professor in applied voice at Western Connecticut State University’s School of Visual and Performing Arts. Her private voice students are state and national award winners of NATS, MTNA and NFAA competitions. A lyric soprano and accomplished soloist in recital and chamber works, Ms. Chase has performed in critically acclaimed Mostly Mozart Festival concerts under the direction of Louis Langree, Nicholas McGegan and Gerard Schwarz, and is scheduled to sing chamber chorus in the MMF production of Handel’s L’Allegro in August 2010.